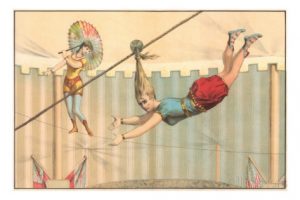 Times are a-changin’ in the cabinet. People age, science steps forward and lovers move on. Each story is shorter than the last, so you still have plenty of time to take it all in. We open with a scare, shed some tears on our way to hope and end with that cheesy grin only absurdity can bring.

A Review of Raphael, by Stephen Graham Jones at Nightmare Magazine

If she hadn’t, and if we’d noticed, it would have just been because of her ballet training, her gymnastics. It would be because she was made of something better, something that didn’t interact with common stuff like grass and water.

It takes a while to realize something’s witchy about this peculiar group of youngsters. Be ready for two or three reads to get your bearings, as nothing is quite as it seems. What was Melanie Parker? I’m still really not sure, but I’m dying to know.

Stephen Graham Jones nails spooky in a tale drawn straight from an encyclopedia of the unexplained. If this one doesn’t give you chills, you might want to get that checked out. Between a dangerous book and a cake pan, a carnival and a bizarre photograph, this one’s got it all.

A Review of By Degrees and Dilatory Time, by S. L. Huang at Strange Horizons

Sometimes he sees transhumanist rallies on television, or chances across articles on the Internet. He’s still not sure how he feels about them. He’d say he’s indifferent, but as a man with a fake leg and fake eyes, he’s one of the media-dubbed “cyborgs” already.

In a (perhaps) soon-to-be-real reality, the cure for cancer awaits in new body parts. Bum leg? Attach a new one. Bad eyesight? They even come in fun colors. But S. L. Huang isn’t satisfied with simply imagining a potential future, she leaps into envisioning how that future will feel.

A bit quirky, a little sad and a lot inventive, this one leads you through one man’s acceptance of his story of survival. It’s a quick read that (I promise) will lift your spirits, even if only through the last few lines.

A Review of Let Down, Set Free, by Nino Cipri at Crossed Genres

My hands on the smooth, wrinkled casing of the seed; my fingers wrapped around the rough bark of the trunk. Tell you this, Bobby: it felt like touching a lover for the first time. Not in the heat of sex, but in that giddy flush when you realize you can touch someone, as much as you like. Now you’ve got permission, and you can run your hands over his shoulder or slap him on butt when he gets fresh while you’re cooking dinner.

A strange wind is blowing, and bringing with it the seeds of change. Or, literally, a giant floating seedpod. This cordial letter to an ex-husband documents what to do–and not do–when flying trees land on your farm.

Take the leap with Nino Cipri in a quick snippet of the unreal. End your reading with a brief flight of fancy. Giddyap.