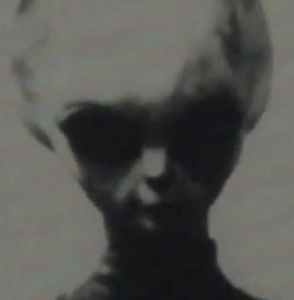 Aliens, ghosts and skypeople — all the otherworldy beings are coming out to play in this Cabinet. We’ve got reminders about how love hurts, how your past will never leave you alone and, well, how the way to anyone’s heart truly is their stomach. Digest some delightful strange in this week’s shorter fare.

A Review of Lacrimosa, by Silvia Moreno-Garcia Nightmare Magazine

He felt like repeating his youthful impulsiveness, gathering his belongings in a duffel bag and leaving the grey skies of Vancouver. But he had the condo which would fetch a killing one day if he was patient, his job, and all the other anchors that a man pushing forty can accumulate. A few years before, maybe. Now it seemed like a colossal waste of time.

Ramon tries to comfort himself with the thought that one day when he retires he will move to a tropical island of pristine white beaches and blue-green seas where the wrecks of humanity can never wash ashore.

Ramon “escaped” the shame and frustration of poverty in his native Mexico, running away to Vancouver and leaving his family behind. The local homeless population drives him nuts — after all, he traveled all that way to avoid the wrecks of humanity. Surprise, surprise, the past doesn’t always stay where you leave it. Sometimes those ghosts catch up to you with a vengeance, and you’ll wish you’d called your mama for every holiday like a good child.

La Llorona makes a special trip to Canada in Moreno-Garcia’s creation. For her, the formula is simple: remember your past, remember your mother and mind the rain. She explores attitudes and relationships and reminds us all to remember (and honor) our roots.

A Review of Needle on Bone, by Helena Bell at Strange Horizons

This is the way an alien dies:

They appear in the attic. Sometimes they are still conscious. Sometimes they look around. Sometimes they are able to reach out and touch. My grandmother’s wedding dress was a favorite item, because it was white and the neck was lined with small crystals. Then the alien shudders. The alien collapses. Dies. Within hours it will be as if they were never there at all.

When my grandmother was out of town, my grandfather slept in the attic. He would greet the aliens when they arrived, and he would carry their bodies—what was left of them—to the basement where he buried them. Eventually I did the same.

I should have known you were an alien because after you moved in with me, you would sing. Not every night, but some nights. You would sing in your sleep. I don’t think you knew you were doing it. You never followed me when I got out of bed, when I walked up the stairs, and when I went into the attic and found an alien waiting for me.

She’s inherited the duty of disposing of the aliens who come to her grandparents’ attic to die. Whether they’ve misjudged their jump or chosen the attic as a special place is unknown. All they leave behind is the idea of mauve and a whisper of memory…not unlike the memories she’ll carry of her mystery man, forever. Her mother did always tell her that a tattoo is a permanent reminder of a temporary feeling…

Bell explores the scars and imprints we leave on ourselves and others, the light pressure of one life on another. Consider the alien in your attic or the tattooed lover in your bed…who can say which is more real? Find authentic love (or not) in this meditation on the ripples in time and space.

A Review of A Veil of Leaves, by M.K. Hutchines at Crossed Genres

Bile burned up my throat. I must have heard wrong. After all, the skypeople gave us lights and hotplates. “You’re saying you took away our ravencattle, then came back a hundred years later hoping for a treat?”

Grandma never lets us forget about the people who died when they fenced out the ravencattle. Her brothers, her niece, her mother.

He glared. “It doesn’t take a hundred years for us, not with how fast we move. You were the most promising planet, you know. We restricted fuel on the last two worlds, and they only reinvented stir-fry and kabobs. We’d hoped for something spectacular down here. I can’t believe we got bugs. Poisonous bugs.”

Necessity is the mother of invention…or, at least, the skypeople were hoping so. These spoiled space inhabitants interfere here and there in colonized worlds…just to see if a new delicacy will emerge from the struggling culture. Disappointed with a grub and leaf concoction, trouble comes down on the best chef’s wedding day. It’ll take all of her kitchen wizardry to rise from the ashes with a new form of sustenance.

Hutchins serves up humor and whimsy in this readable treat. The skypeople might be absolute creeps for their culinary exploits…but they aren’t wrong in recognizing human ingenuity knows no bounds (especially where food is concerned). Cheers!