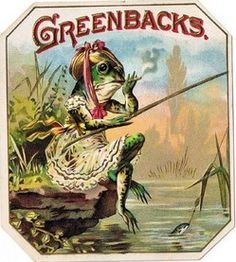 Let the familiar tickle your fancy. Deals with the devil, alien beings, Facebook, Twitter and even Dorian Gray make an appearance in this Cabinet. Reimagine and reinvigorate these classic tropes with a contemporary twist. Mind your feet — there’s some…things…it’d be best not to step on.

The Fiddler of Bayou Teche, by Delia Sherman at Lightspeed Magazine

“You maybe don’t know, little swamp owl girl, these hands are like gold. I fiddle the devil out of hell once and I fiddle him down again. I will make those cuyons in New Orleans lie down and lick my bare feets.”

He glances at me for a reaction, but I just sit there. Tante Eulalie is right. Close to, ’Dres Petitpas is not funny at all. He want what he want, and he don’t care what he has to do to get it. He can’t trick me, because I know what he is. What he go do, I wonder, when he finds that out?

I wasn’t born on the bayou, but white-skinned, pink-eyed Cadence was. Raised by her aunt in the shadows of the swamp, she dances the night away with her werewolf friends. But when a nefarious figure from her aunt’s tall tales comes to visit, she’ll be dancing for her life to win this wager.

Dive in for a down-south, raucous good time. Dance until your feet bleed and the sun streams over the hills. And, as always, watch out for those who would make a dark deal.

“Aren’t you afraid?” The blond man had followed us in, taken a place next to Lewis, who hadn’t noticed, his eyes closed in ecstasy.

I was. Afraid. Illogically, irrationally. Afraid.

Perhaps the sickness would crawl down my throat, rot my stomach, split my veins into a thousand slender hairs, let me paint the disease in savage brush-strokes over the body of my painting. In my attic by the park, the painting would crawl with lesions like fat, hungry slugs, until there was nothing but the white of my eyes left staring out into the shrouded dark of the sheet that hides it from view.

In a seasonally appropriate performance, Dorian Gray reappears to spread macabre debauchery with a modern twist. He, and the men who surround him, are confronted with the newest lesion-causing sickness: gay cancer?

Explore the next era of hedonism and beauty in Matthew Bright’s rendition of the classic cursed-painting tale. Reader beware: as Dorian can attest, there’s something out there.

And Never Mind the Watching Ones, by Keffy R. M. Kehrli at Uncanny Magazine

There are about a hundred of them in his bedroom when he gets the door open. Unlike the glitter frogs in the hall, these ones don’t scatter when they see him. He wonders how they get through closed doors and what they’ve been doing in here alone all day.

He swipes his tablet on and tries to distract himself with Facebook, which mostly works. Well, until Christian’s status changes to single.

Aaron stares at the notification. The thick feeling in his throat is the same one he gets right before he cries. “I didn’t mean that,” he says to nobody in particular, though of course the frogs are listening.

For a half dozen lost teenagers, the alien glitter frogs represent hope for something greater. Checking out of the whirl of social media, the internet and social relationships, these kids are drawn together by the prospect of leaving it all behind.

Bizarre beings, government conspiracies and YouTube videos — this one is designed to speak to your angst and need for escape. It’s also got the added perk of criticizing contemporary voyeurism, as the watchers watch the watchers. Prepare for chills of recognition!