The Sorcerer’s House, by Gene Wolfe 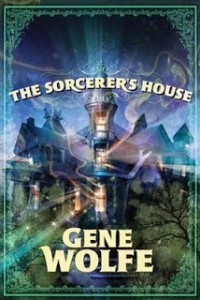 A Light, Engaging tale by a Modern Master of the Fantastic.

Written in letters, the book is a sort of fantasy/mystery that centers around the educated, ex-con Bax’s attempts to unravel the supernatural goings on at the mansion he’s been left by a mysterious man. The letters go down like popcorn. No sooner do you swallow one, you are ready for the next – I read it in the course of a rainy Sunday.

The heart of the story deals with entangled family relationships, especially that of Bax and his brother George, who despises him.

There are some delightful touches: the labyrinthine house with a shifting number of rooms (which happens to be a reoccurring motif in my own dreams), with windows that look out on another world; animal/human hybrids; morphing identities; and an array of familiar magical tools and tropes. There’s nothing really new here, but it’s artfully constructed, and when the mystery is solved at last, it all makes sense.

The ending seemed a bit rushed, with at least one major question left unexplored, but for those who are comfortable with ambiguity, or even enjoy it (as I do) this shouldn’t be too much of a let down.

What elevates this story for me is that in the end we see that nothing is black and white, no one purely good or evil. Just as in life, when it comes to interpersonal relationships, sometimes people are more than they seem, and the ability to judge the lay of the land depends which hill you are standing upon.