"Hitchcock knew that birds have power. As a bona fide fairy god mother, I fraternize with fantastic creatures—such as fire-breathing trumpeter swans." 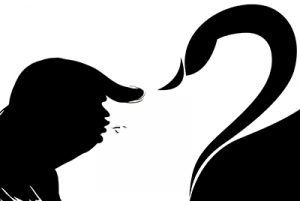 PROFESSOR SONDRA LEAR decided that she could not—not for one more microsecond—abide Donald Trump’s diatribes. “I wish I could do something science fictional to silence Trump,” she said aloud. She was distraught to the extent that she continued to talk to herself. “It’s a shame that I know all of this science fiction theory, but can’t reify my knowledge. I wish I could send Trump to the Phantom Zone. I wish I could give him a one way ticket for a voyage to Arcturus—or to any planet located in a galaxy far, far away. Fantasy princesses have fairy god mothers. Oy, just because a feminist theorist really doesn’t fit the usual Jewish American princess qualifications, why can’t I have a fairy god mother? I wish I had a fairy god mother.”

“Your wish is my command,” said a patrician voice. Sondra’s office at the State University of New York at Greenwich Village was suddenly engulfed in smoke. When the smoke cleared, Sondra saw a white-haired lady wearing tailored clothes and pearls.

“Mrs. Bush?” Sondra said incredulously. “Why have you materialized in my office?”

“We’re now on the same side, dear. My antipathy for Trump knows no bounds. The nerve of him calling my Jeb low energy. How dare he thwart my Jeb’s presidential ambitions? You’re someone who’s comfortable having a fairy god mother. So I’ve come to tell you how to shut Trump’s mouth.”

“The answer is General Semantics.”

“Even though I’m a literary critic, I don’t see how words can silence Trump.”

“People routinely play with the name “Trump.” They mention “trump cards” and being “trumped.” But nobody applies “trump” to animals. Donald Trump is for the birds; trumpeter swans can counter him.”

“Yes, trumpeter swans. Hitchcock knew that birds have power. As a bona fide fairy god mother, I fraternize with fantastic creatures—such as fire-breathing trumpeter swans. You can summon one and ride her to a destination of your choice.”

“Exactly. When riding astride a fire breathing trumpeter swan, you can look Trump straight in the eye and say, ‘you’re fired’.”

“I love illocutionary force. I’m in.”

Mrs. Bush told Sondra that a fire breathing trumpeter swan flock was roosting in the university parking lot. The flock leader waddled toward Sondra, squawked a greeting, lowered her neck, and extended her wing. Sondra climbed up and clung to the swan’s neck. Since sitting on the back of a giant swan is quite comfortable, Sondra remained calm.

Ready for takeoff, she recalled that Trump was scheduled to speak in Greensboro, N.C. later that evening. “Fly to Greensboro,” she said. The leader ascended as the flock lined up in formation behind her. Soon Sondra and her avian colleagues were hovering over the Trump rally.

“Everyone pile up your ‘Make America Great Again’ signs,” ordered Sondra from her perch. When the giant fire-breathing trumpeter swan opened her beak, even the burliest racists complied. The swan directed a flame at the piled signs and, hence, burned them to smithereens.

“This swan must be a Hillary supporter,” proclaimed Trump. “A crooked, lyin’ fire-breathing bird. Look at how huge it is. A rapist swan. An immigrant from a fairy tale. I’m going to build a wall.”

“You can build all the walls you want,” retorted Sondra. “There are more such swans where this one came from. They can fly over your wall.”

“I’ll have the swans shot and turned into barbeque. Great marketing potential: Trump Trumpeter Swan Steaks.”
The flock leader aimed a flame at Trump’s red baseball cap. Just as his hair was about to catch fire, a secret service agent threw a bucket of water on his head. Regaining his composure, Trump said, “The second amendment advocates need to do something about these swans.”

The entire flock squawked and drowned Trump out. They set fire to all the “Make America Great Again” hats.
Flummoxed and flustered by the fire-breathing flock’s sound barrage, the windbag deflated into dumbfounded silence.

Barbara Bush materialized in the auditorium.

“You’re fired,” she trumpeted to Trump in tandem with Sondra.

Mrs. Bush snapped her fingers. A mirror appeared. “This is a mirror mirror on the wall,” she said to Trump. “Who is the most ludicrous of us all? Until you can answer, you’ll spend eternity in front of this mirror watching Alec Baldwin portray the truth—your lack of ability to reflect.” 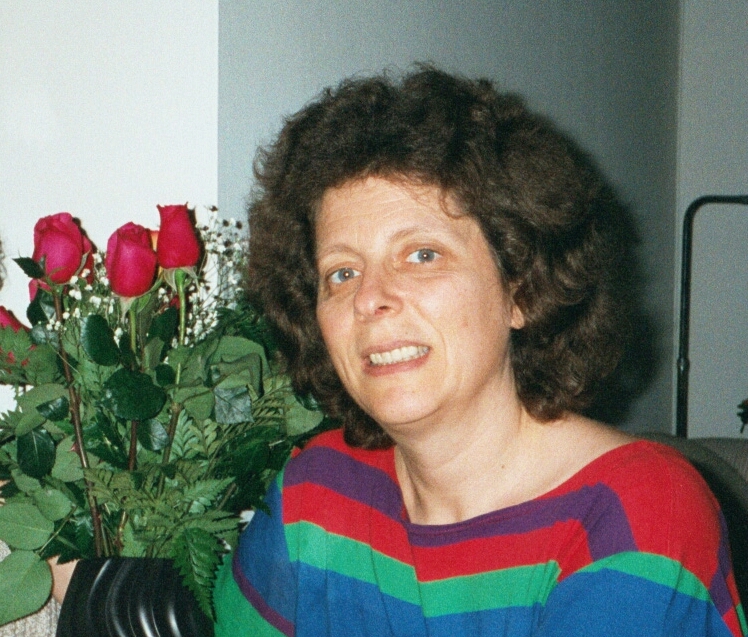 Marleen S. Barr is known for her pioneering work in feminist science fiction and teaches English at the City University of New York. She has won the Science Fiction Research Association Pilgrim Award for lifetime achievement in science fiction criticism. Barr is the author of Alien to Femininity: Speculative Fiction and Feminist Theory, Lost in Space: Probing Feminist Science Fiction and Beyond, Feminist Fabulation: Space/Postmodern Fiction, and Genre Fission: A New Discourse Practice for Cultural Studies. Barr has edited many anthologies and co-edited the science fiction issue of PMLA. She is the author of the novels Oy Pioneer! and Oy Feminist Planets: A Fake Memoir.