The Lost Books of the Painter’s Wife

"In travel ideas form. I have to be moving. The same as the brush over the canvas until words cover the page. This is a journal. This is not a journal. Always in travel the spirits struck."

I woke with a dream. I was a child standing on the floorboard of the back seat. Looking at the passing land. The land flat and passing slow. The land all glorious just coming out of winter. Yet it was browned. The trees without leaves. The white flowering of others. What makes sense in a dream? I was in a different land. A past land. A place I had traveled as a child. The memory tucked away like a kerchief in a drawer. A moving over the land I always loved. The moving more than the staying. The going somewhere. The house where we were going to. Someone in it. I do not care who. Only the moving to get there. That is what I want to see. The brush moving with us in the distance leaving evidence. The way a chicken drops a feather. The smell of wood smoke on the air. The dusty road. Dryness a form of parole. Look at them. Anointed with plainness. This is your car. This is where it will take you. A bowl of land. A cloth of linseed oil.

The unifying work. The progression of it. Why the dream then? What caused? What disruption in the atmosphere jolted upright?Why stepping upward? The land flat. The going upon it flat. Those old trips back to the place where we were from. The primitive oddness. The colors on canvas. The mix of them rotating. Routing the object to stand as conceived. What of conception? Of idea to paint. Of obstacle to order. To get there. None. Just a slow passing over the road that still passes inside the interior and merges from a lane of darkness just before waking.

Footnote [34]
The attributes ill-fitting. Not fitting at all. Take them away. It’s what remains at the end of life. A visitude. A varitude on variation. Always varying. The sun does not move—Michelangelo. But the moving earth does.

The evidence in the terrain. In the rock layers uplifted. All along the road the rock upturned as if trying to step into the sky. All turned out of form. By transformation. Of continual movement except those days that do not seem to move. No cloud. No wind. A holding of the unusual. The not ordinary. I can’t think of the word. The intrusion in the way things are going. The showing up of the recessive. The take-out. The out-take.
Numbers mark the places. A grid-work over open space.
The coating of the interior.
The air moves. The ground shifts. It sinks here or rises there. The layers of bedrock where the highway cuts through. What turned it upward? Once on its side. Like too may teeth that turn where they should not.

Anomaly may be the word I was looking for. The atypical.

In the midst of criticism. The act of inventing.

The painter moves the brush in which the fire starts.

[This inserted]   The newspaper—
A man entered Walmart and set fire to a rack of men’s clothing.
No one knew why.

When the bodies of the fallen were wound in orange sheets
and burned on a pyre Achilles was always elsewhere.
–The Lost Books of the Odyssey, Zachary Mason

The relationship between narrative and the abstract.
The actual and the interpretation of it.

The relationship of waking thoughts to dreams.
The rational to the irrational.

Why the mystery? What necessity?
The horrific undercurrents towing the painter’s work.
The monstrous faces there sometimes.

How painting struts as camouflage.

Sometimes an idea starts with a fragment—I felt in myself something going. What did that mean? I always have been in school. As pupil. As teacher. Was my driving an attempt to break out of the school walls? Was my driving an attempt to get back to what was there before school? What would have been in place of it, fundamental to my being, transposed by school. Transmogrified. Outlawed. Made fugitive. That road coming and going at the same time—always a part of the trip. A note on the process of journey. In travel ideas form. I have to be moving. The same as the brush over the canvas until words cover the page. This is a journal. This is not a journal. Always in travel the spirits struck.

I thought of Lloyd before I slept. Remembering the mornings we sat at the table. I must have continued to be with him in sleep. But when I woke, he was far ahead in the distance. I would never be able to catch him. 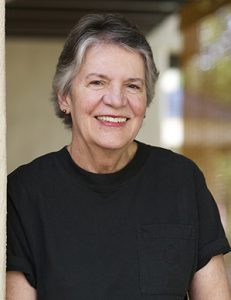 Diane Glancy is professor emerita at Macalester College. Her 2014-2015 books: Fort Marion Prisoners and the Trauma of Native Education, nonfiction, University of Nebraska Press, Report to the Department of the Interior, poetry, University of New Mexico Press, Uprising of Goats, One of Us and Ironic Witness, novels, Wipf & Stock. www.dianeglancy.com, www.dianeglancy.org. She received the 2014 Lifetime Achievement Award from the Wordcraft Circle of Native Writers.

Beyond Lies the Wub

The Lost Books of the Painter’s Wife